LiliesleafFarm is one of the most engaging museums I've visited in a long time. If you are interested in the history of the struggle against apartheid you really shouldn't miss out on spending a few hours here. 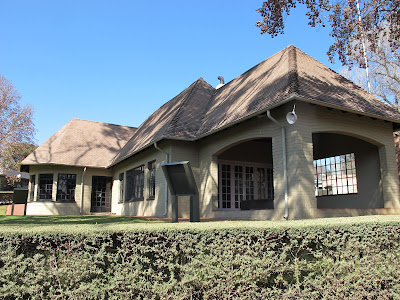 Back in the early 1960s when this farm was used as a secret meeting place for top anti-apartheid leaders, Liliesleaf and the area around it, Rivonia, was way out in the sticks. A rural idyll with a few farms and camping grounds it was deemed far enough away from the spotlight to be a good safe house for those such as Mandela who were now underground, but also near enough to the city to be a functional headquarters for the opposition.

A white family, who were part of the movement, was tasked with keeping up a front of being a typical white farming family. The black members of the group pretended to be workers and for a while few suspicions were aroused and a great deal of planning and debate about how to defeat apartheid took place here.

Nelson Mandela, who the media were then dubbing 'the black pimpernel', came here to work on plans for launching an armed struggle against apartheid. His cover was that he was a caretaker named David and according to testimonies the neighbours had no clue who he really was, but were in any case charmed by his well-spoken and gracious manner. 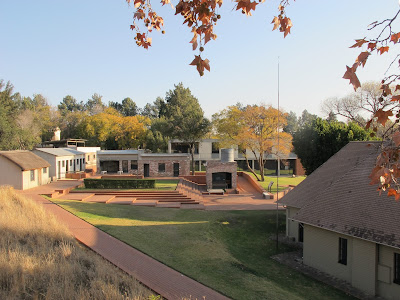 Of course as we know from history, somehow the true nature of life on Liliesleaf Farm was eventually leaked to the authorities and the farm was raided. Those who were captured were tried at the Rivonia Trial and following the verdict they were sentenced to spend the next decades of their lives in jail.

Nobody really knows for sure how the authorities found out about the Liliesleaf safe house. At the museum the mystery is presented almost as a game of Cluedo. Was it the maid who overheard them listening to the banned Radio Freedom station? Was it the campers at the nearby caravan site who spotted suspicious looking black men arriving in the dead of the night? Or was there are spy in the ranks? Nobody really knows for sure.

One of the really enjoyable things about the Liliesleaf museum is how all characters of the story get the chance to air their voice. In different rooms there are different displays with videoed interviews from key players. Some of the most interesting people interviewed include the chief of the secret police who led the invasion of the farm, Rusty Bernstein and Ahmed Kathrada who were arrested here and the now grown-up children of the poor black workmen who lived on the farm and actually had no idea what was going on around them at all. 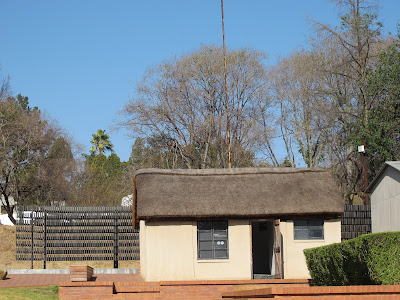 Different buildings are dedicated to different elements of the struggle and the after effects of the Rivonia raid. One room contains heart-breaking photos of the children of the Sisulu family who effectively became orphaned after both parents were arrested.
In another you hear the story of Bram Fischer. He was an Afrikaner, a communist and thoroughly devoted to the anti-apartheid movement. He worked as a lawyer for Mr Mandela and the others before himself being sent to prison. He devoted his life to the struggle, but sadly never saw apartheid fall as he died of brain cancer whilst under home arrest in the 1970s. Mandela said of him later: "Bram was a free man who fought against his own people to secure the freedom of others".

And of course if you are interested in the Rivonia Trial itself there is an abundance of information including a recording of Mandela's famous closing statement in which he told the court that for the freedom of South Africa he would be prepared to die.

In amongst all the serious learning there is to be done here, there are some fun exhibits as well. The secret safari bus is by far the best such exhibit.

During the 1980s as the ANC was continuing to prepare for the moment when they may be forced into an all-out armed struggle, an ingenious idea was hatched to get weapons from neighbouring countries into South Africa. The dangerous goods would be transported in on an overland safari bus. A tour agency called Africa Hinterland was formed, reaching out to young European and Australian backpackers looking for African adventures. The special bus was kitted out with secret hiding places for the guns under the tourists' seats. Over the years hundreds of travelers enjoyed their road trip through Africa oblivious to the fact that they were acting as the perfect cover for a top secret anti-apartheid mission. 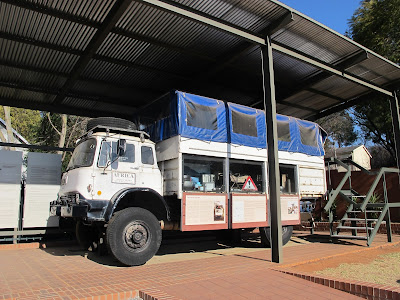 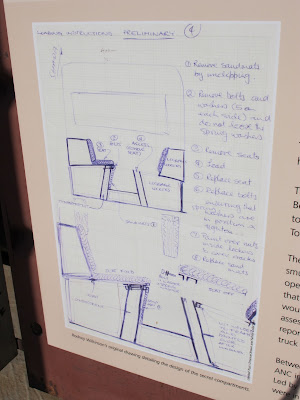 
Located up in Rivonia, one of the northern suburbs of Sandton, this is not the easiest place to get to under your own steam, although not impossible. You can take the Rivonia Gautrain bus from Sandton station. Get out at 11th Avenue (almost at the end of the route) and from there you have about a 20 minute walk.

p.s
Now I know most people don't go to museums to eat cake, but I just had to mention the muffins in the museum café - the best I have ever eaten. Seriously, they were that good. They may be huge but do not even try to convince yourself that you won't eat a whole one, you will!
Posted by Louise Whitworth at 17:51

Louise Whitworth
I'm a travel writer, editor, copywriter and researcher from the UK. I lived in Russia for the best part of my 20s (in St. Petersburg and then Moscow) where I worked as an editor for In Your Pocket city guides. Having just passed into my 30s, in March 2013 I moved with my husband to sunny Johannesburg, South Africa. This blog is named in honour of Shakira's World Cup hit Waka Waka. It's a great song and Africa is where I live. You can read my old Russia blog at louiseinyourpocket.blogspot.com